My mind is a garden.
My thoughts are the seeds.
My harvest will be either flower or weeds.

It’s an interesting observation that if people believe that their life (or society, or their work-place for that matter) will be the best that can be, they will do everything possible to make it so. We are all self-driven, deep down inside. You get what you expect. You get what you believe. If you truely want something, the entire universe gets working to make it possible for you.

I was reading an article in the Time magazine on the life of Bill Gates, and what really stands out for me is his vision, which by the way has nothing to do with technology. Gates refers to his philanthropic work as “solving inequity“. When he looks at the world, he isn’t just focused on specific diseases and educational deficits. To him, that’s thinking small. He wants to rewrite the rules of the whole system. He’s all for capitalism. So capitalism itself needs to be re-engineered. In his Harvard speech he introduces an idea he calls “creative capitalism“. It’s about using competition and market incentives but directing it the right way. Maybe, technology doesn’t need him anymore. In July 2008, his primary focus will become the Bill & Melinda Gates Foundation, which he and his wife founded to address health and education issues. It has an endowment of more than $33 billion, making it by far the largest charitable foundation in the world. 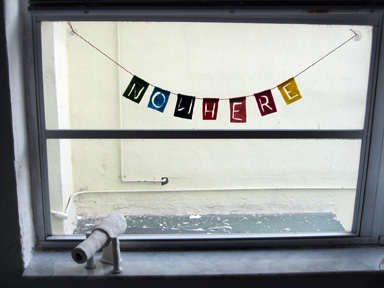 On the other side of the spectrum, there’s the ideology of being unbound. And in that context, I’m swayed by the philosophy of the Buddhist prayer flags. Tie up a little coloured flag to a string, and every time it flutters in the wind, it says a prayer for you, and everything around. Tibetans believe that hanging prayer flags with intention releases positive, energized wishes out to the world on the wind. An unconditional, infinite, and everlasting prayer.

So, when you look in the mirror in the morning, see the face of the person who is going to accomplish wonderful things in this lifetime – not just for the self, but for humanity as well.

Microsoft has released a technology preview of its Volta Web developer toolset,…