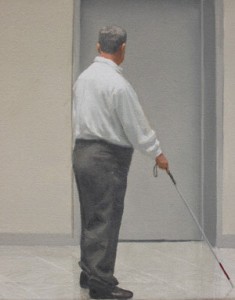 Why work on problems few care much about and no one will pay for, when you could fix one of the most important components of the world’s infrastructure? Because schlep blindness prevented people from even considering the [difficult] idea of fixing payments [that Stripe is doing].

I completely agree with Paul. However, I also tend to think that there’s a reverse schlep blindness at play in a lot of cases. Some startup founders often subconsciously ignore or avoid problems that seem too simple to solve. They would rather work on complex problems, requiring complicated architectures, plethora of ‘cool’ technologies and ‘beautifully’ intricate code, all of which few care much about and no one will pay for. Maybe it’s another form of schlep, a cognitive bias after all.

Yet another mobile website builder? Too simple to be “ground breaking”. Yet another Web form builder? Too easy, I’ll look naive. Yet another cloud platform for developers? A VPS is enough and there’s Heroku for everything else. Yet another blogging platform? Boring, most use WordPress anyways. A bingo card creator? Naaa.

‘Too simple to do’ doesn’t mean that it’s easy to build, easy to sell and unfeasible as a business because one might think there aren’t any paying customers for it. Such markets are often overlooked and eventually existing competition suffers a slow death due to lack of innovation and new ideas.

Hard problems are good, because both good and bad solutions to those tedious problems will result in learning, eventual innovation and disruption. Simple problems are good too, because their execution will require a radical (yet simple) solution, and that’s hard to do in itself.

How Can Hackers Help In The Fight Against Cancer?

When 1 in 3 humans are affected by a disease, it needs…

Someday, Everyone Will Be a Programmer

Over the past few decades, Computer programming has ignited gallons of technological…