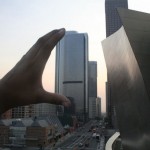 For decades, intelligence has been defined too narrowly. Either you are considered to be genius, or stupid, not just as a child but also in your adulthood. What’s more worrisome is that it can make most kids (and some adults) to deprave their own self-esteem.

Last week, I was reading an article titled ‘Not Every Child Is Secretly a Genius‘, in The Chronicle of Higher Education, that notes:

Aren’t there plenty of Ph.D.’s who can’t fix their cars? Sure, but the majority of them could learn if they were so inclined.
:
:
Naturally, we must be careful to avoid the fallacy that some people deserve to live in poverty, or that entire groups of people are inherently inferior in regard to intelligence

After reading this article, strangely I didn’t find it funny in a separate news article that a bunch of homeless people could be discussing about “quantum physics and the splitting of atoms.”

What bothers me about the widespread perception of intelligence is that we consider all children to have equal abilities, and we force them into a path that may not be their’s to walk. An increasing number of such individuals are now living an unhappy life. Why? Because, you’d rather be a failure at something you enjoy, than a success at something you hate.

I’ve lived the larger part of my life in India, and I’ve realized that most children in the sub-continent are raised with the notion that they have to “choose a career”, which is foremost — financially lucrative. What that has evidently resulted in, is too many software engineers (I started out as one too, but out of my geekery), too many doctors, and well, too many politicians. All parents wish and seek the best in their kids, but high expectations are actually false expectations.

Even in the Western world, you are either “gifted” or “creative”. In reality, not all “gifted” kids grow up to be rocket scientists or brain surgeons. And as SWPL puts it:

Eventually they [creative kids] will show their creativity in their elaborate constructions of bongs and intimate knowledge different kinds of mushrooms and hash.

So who are the “intelligent” people anyways? I think that intelligence itself cannot be measured. College grades, IQ tests, ‘General Knowledge’, your job, income, or assets, are all poor indicators of intelligence. Intelligence dwells from enhancements in personal interests. The ability to learn, is, I suppose the most powerful ability in a being, more enriching than the six senses.

Looking at my 9 month old daughter’ affinity for sound, I’m sure she’ll grow up to be a great musician.

In Touch With Augmented Reality

I’ve been reading a lot about “Augmented Reality”…