Here’s a meme that resounds quite often in the startup world:

Execution is more important than ideas.

Good ideas are only so good in the mind of the beholder, unless proven to be useful or effective through execution. Ideas matter. The execution of those ideas matters more. But, what is execution?

a carrying into effect or to completion

I believe that execution fundamentally derives from two inter-related facets: achievement and focus.

Achievement comes from continually completing a thing, more than repeatedly starting many things. Initiation is important, but without completion it’s worthless. Having said that, it’s practically impossible for one person to start many things and complete all of them. So, basically, the secret to achievement is to start fewer tasks or projects, and focusing on completing them before starting anything new.

Focus, and more precisely – uni-focus, is related to achievement. It’s an equally important factor in execution.

Let’s look at an example of a toaster. It’s a common gadget in many households, available in many shapes and sizes. Its primary function is to toast bread.

The ‘Back to Basics Egg & Muffin Toaster’ does it all. It has a 4 slice toaster, 2 egg cooker, slots for toasting muffins & bagels and a host of device controls. 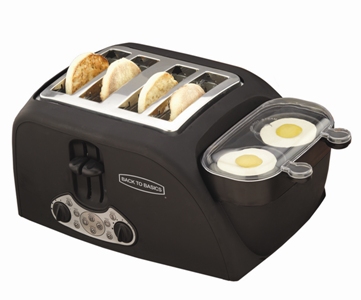 On the other hand, the ‘Transparent Toaster’ has a radical design. It’s a novel idea, but it only does one thing. It toasts bread. And it is transparent, so you can see it all happening, thus avoiding the dreaded burned toast. The sad part is that it’s only a concept design. It couldn’t be mass produced due to a lack of heated glass panel technology.

Then there’s the ‘Magimix Vision Toaster’, which is similar to the ‘Transparent Toaster’ concept, only that it is an actual product. It toasts any kind of bread. It has minimal controls, and it is a classic example of uni-focus execution. It does less, yet its streamlined design overshadows the lack of bloat. Most importantly, it’s a finished product with paying customers.

If you look at some of the most popular and widely used Web applications today like Google Search, Facebook, Twitter or even the Google Chrome Web browser, you’ll find a common theme. They are all uni-focused. Their primary function is based on a single point of operation. The Google Search box is where the world starts their search. The Twitter status update box is the epicentre of real-time micro-messaging. The Facebook status update box helps millions of users to express themselves. The Google Chrome Omnibox is another brilliant example of a uni-focused control where you can search and navigate from the same textbox. All of these applications do much more, but 80% of the users only use the primary function on a daily basis.

How to Make a Choice Without Choosing?

We have so many choices these days, and so little time to…

Parenting Isn't About Being Happier

Michael Levine once said, “Having children makes you no more a…