Last month, Professor Andrei Linde, who’s said to be the father of the theory of cosmic inflation, was surprised by his assistant with the ‘smoking gun’ evidence of the origins of the universe. After having waited over 30 years, the new proof (of gravitational waves from the Big Bang) supports his idea that the universe expanded extremely quickly after it was born.

Celebrating the breakthrough, Professor Linde made an interesting remark:

If this is true, this is a moment of understanding of nature, of such a magnitude that it just overwhelms, and let’s see, let just hope that is not a trick. I always live with this feeling, what if I’m tricked. What if I believe into this just because it is beautiful. It is helpful to have events like that. It’s really really helpful.

His comment resonates with me more due to my continuing thought about the importance of ‘measuring before perceiving‘. How will a theory ever become a discovery if we don’t measure the cause and effect? Without measuring, it will all be a hypothesis, an assumption.

For most people, it’s easy to fall into the trap of justifying their ideas, beliefs and decisions if they’re based on external influences (viz. mostly Herd mentality), or even instinct. While gut instincts may work at times, they don’t always entail the complete picture, or even the real picture, mostly because our brain is playing tricks and blinding us with cognitive biases more often than we realize.

If we don’t measure the past performance and current state, we can’t ascertain a baseline for comparison (which is an important motivational benchmark), and we can’t gather enough heuristics to make an informed decision about the future actions for improvement.

Most people want to make more money, but how often do they start that process by measuring their spending?

People who are busy (or think they are) want to save time and be more productive, but do they first assess their daily activities?

Everyone wants to lose weight, but do we regularly evaluate our body (weight, waist, BMI etc.), monitor exercise intensity or maintain a food diary?

This form of measurement, also known as personal analytics or self-tracking, is the first and most important step in understanding the reasons behind most pitfalls, whether they are personal, interpersonal, professional or even social. It may sound prophetic, even illuminating with a slight spiritual connotation, but data can talk and help see the bigger picture, only if we’re prepared to tune-in and observe the ordinarily hidden sentiments. 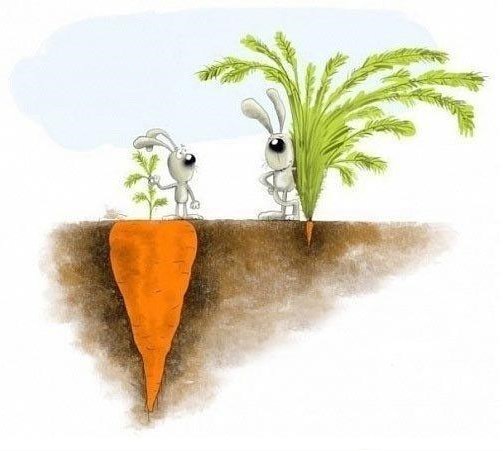 A recurring phenomenon I’ve noticed, common to most desires of change (be it in terms of wealth, time management, weight loss or something else), that adversely affects our ability to improve, is the concept of instant gratification. In simple terms, it’s the tendency for people to want an immediate pay-off rather than a larger gain later on. Most people would rather take $100 now than $200 in a month. Likewise, most people would rather buy something fancy and expensive now than something affordable on a special occasion, or, eat a chocolate cake now than on the weekend after a week of exercise and healthy diet. A general argument against it is that life is short, we work hard and we should enjoy the ‘small things’ now than wait; but growing levels of debt, obesity and lost productivity in today’s world indicates otherwise. The fact is that urban societies are becoming growingly and impulsively self-indulgent, without completely considering the long-term ramifications. ‘High life’ is becoming the new Pied Piper for many.

In his counter-intuitive and insightful book, ‘Wait: The Art and Science of Delay’, author Frank Partnoy weaves together findings from hundreds of scientific studies and interviews with wide-ranging experts to craft a picture of effective decision-making that runs counter to our brutally fast-paced and complex world.

Even as technology exerts new pressures to speed up our lives, it turns out that the choices we make –– unconsciously and consciously, in time frames varying from milliseconds to years –– benefit profoundly from delay. Taking control of time and slowing down our responses yields better results in almost every arena of life … even when time seems to be of the essence.

Having said that, if we constantly delay a pleasure, we miss the entire point of delayed gratification.

Footnote: During the past few months, I’ve been self-tracking various aspects of my life and work. It may be too early to call it a breakthrough, but it has resulted in better understanding, resultant changes and some clear signs of improvement. I’ve started using a few unobtrusive, yet insightful, analytical tools in areas like time tracking (with RescueTime), personal finance (with Pocketbook) and cash flow/financial forecasting (with an Excel spreadsheet based on ZetaBee Cash Flow). I’ve also been looking for a simple and intuitive daily goals & mood tracker mobile app (something like Habit List or Strides, but for Android, so drop a message if you know one. Updated 24 August: using Trackthisforme and also found Habit Domino).

You Are Beer, Not a Colorful Beanbag

What are you? What do you mean, what am I? You are…

Don't Stop Talking About Your Ideas

A tweet this morning pointed to an article titled “Stop talking…